Sweetened with fresh peach juice, these Peach Cobbler French Toast sticks are a yummy breakfast finger food for your kids!

It takes kids a long time to figure out how to cut their food. When you are feeding multiple kids in the morning, it is so great to pre-cut this french toast into sticks and let them just eat them with their little hands!

Plus, kids love to dip things and these french toast sticks make a great way to dip into a yummy peach dip! 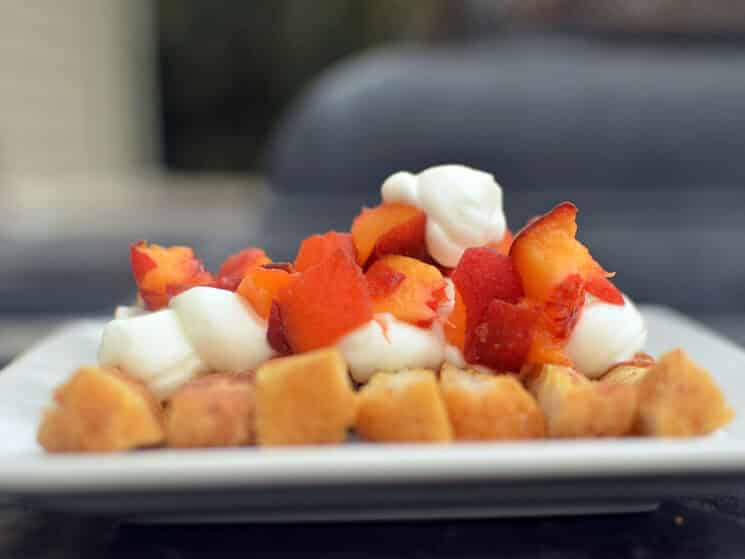 Start by breaking eggs into a shallow dish and add cinnamon, peach juice, milk, and vanilla.  Mix thoroughly. Soak each slice of bread in egg mixture on both sides.

In a skillet, combine a bit of oil and butter and heat over medium heat. Cook each slice of soaked bread until golden brown. Combine peaches and yogurt and use to top French Toast, or use as a dip.

I love recipes like this because it can be modified seasonally.  As soon as Apples are at peak season, we can make Apple Pie French Toast! 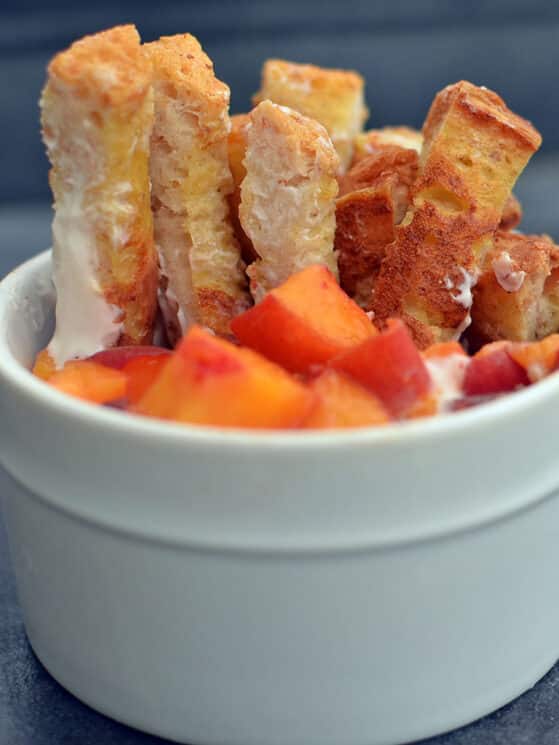 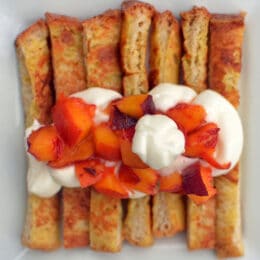